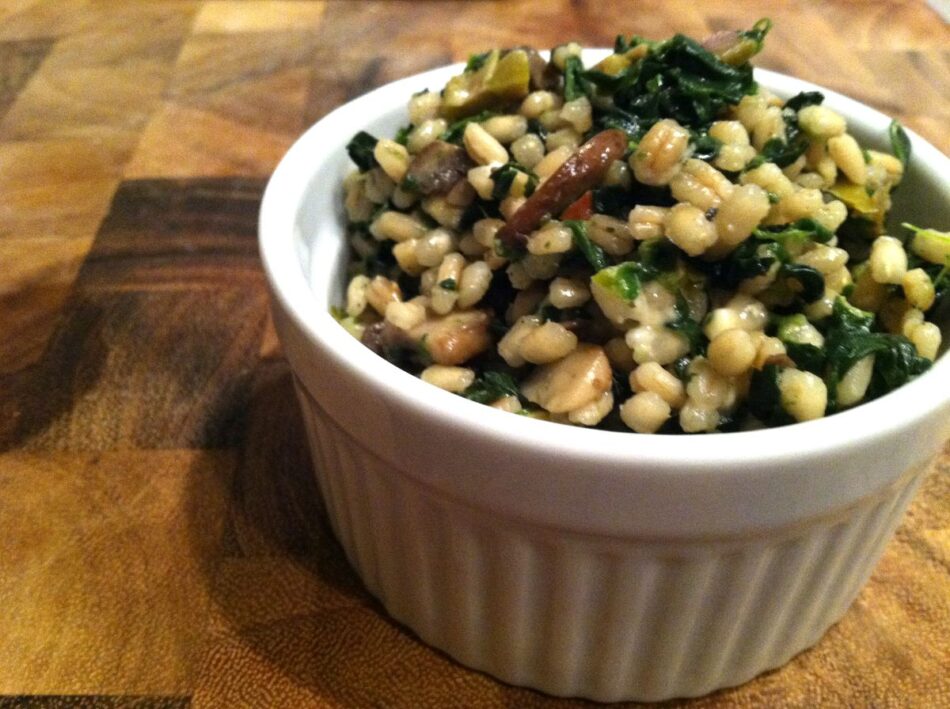 I love having sauteed mushrooms and creamed spinach with my steaks when I go out, and recently found myself craving both while grilling steak burgers. The two sides, however, seem a bit overkill for a weeknight dinner, so I paired them with barley for a quick side dish. This also makes for a great cold lunch the next day. —Ktchnninja